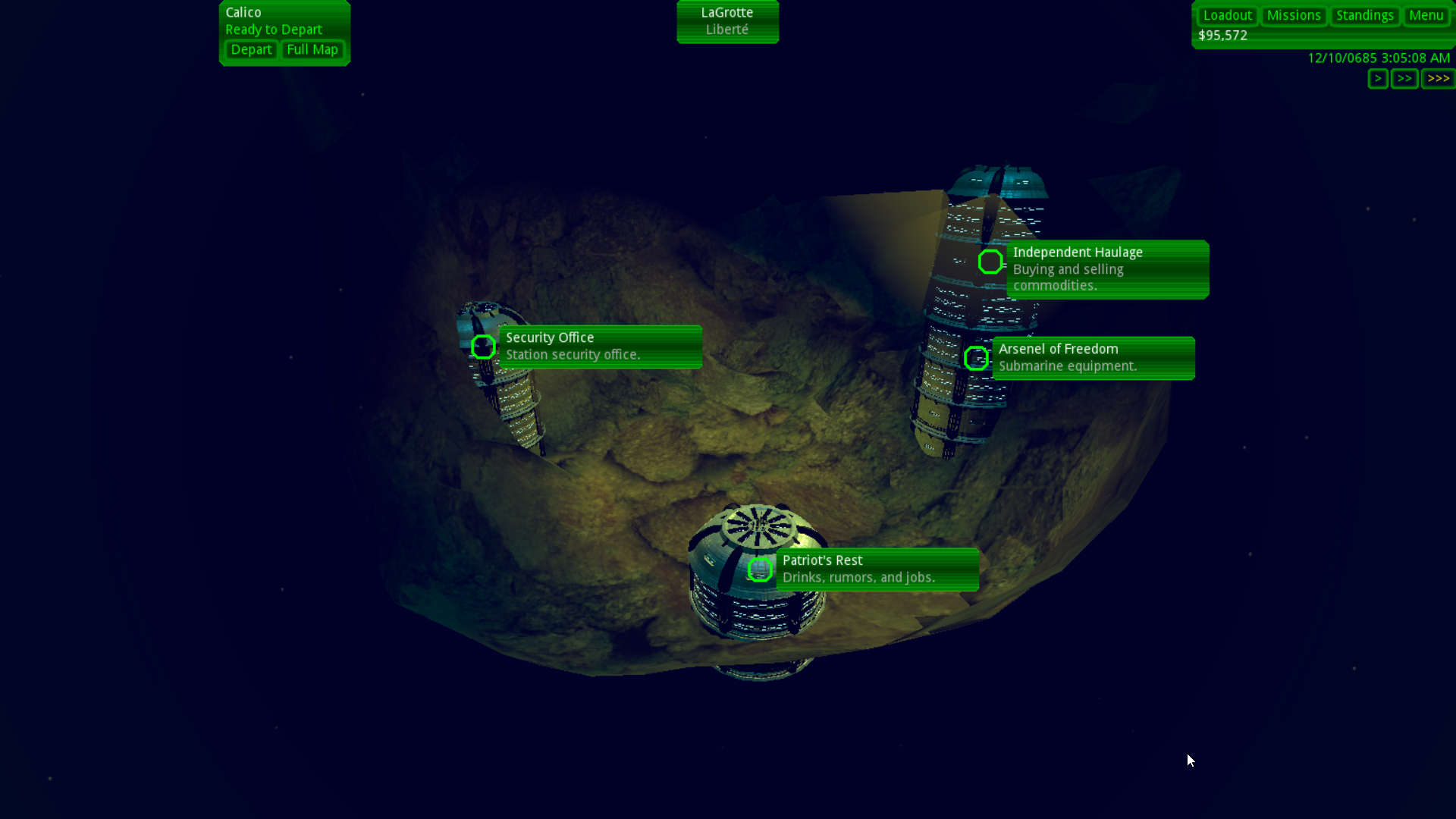 As part of this La Grotte finally got its namesake cave, with the bulk of the station built in a cavern hidden beneath the seafloor. After that I started work on fixing AI behavior, so that trade ships would properly trade and dock while the player is nearby. This work should be done, but there's still a mysterious crash to track down before its ready for release.

So I've been doing some thinking, and I've come to a conclusion that I need to change how I'm planning to approach xenosea. My original plan for a more handcrafted and narrative game isn't working. I just don't have the skills and temperament for it. Nor can this approach scale well with just a single developer. More importantly I can't really experience it, as I'm the one writing and implementing things, and my approach to game development has always been in making something that I want to play.

That said, I think the mechanics are solid, and the gameplay is fun. I've gotten a lot of enjoyment just fighting pirates in the "battle plateau" south of Bastion.

The way forward I think is to lean into my interest and experience in systems design. Changing the worldbuilding from a framework to build narrative on, to a starting point for a simulation. Give the game the tools it needs to grow and evolve past the start, letting each player experience their own diverging experience, and giving the potential for player influence upon the world.

At a high level, what I want is:

Once I sort out that strange crash bug I'll begin with on this new direction, starting with the way stations are tracked.