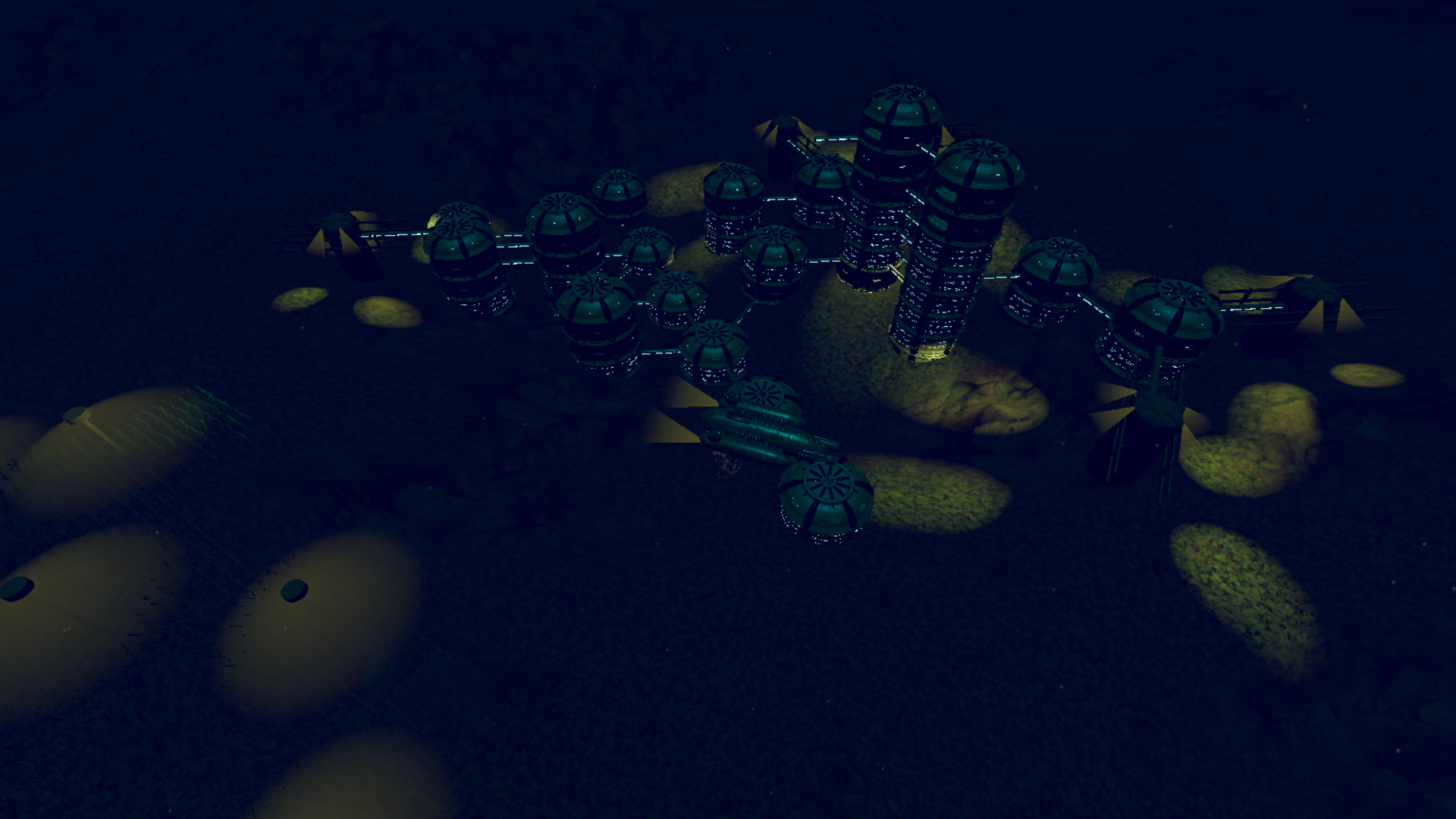 Most of this week has been spent on station generation. The only thing left to do is support for "cave stations" like La Grotte, and playtesting. The entire existing economy has been rebalanced as well, with station sizes increasing overall. All going well this work will be ready for release early next week.

I also took some time to fix a couple bugs in the current version.

Once the station generation work is done, I'm planning on working on some new content. Specifically Novarus. Novarus is a major colony like Hudson, that sits to the northeast of the current playable area. They will come with a new set of submarines, station designs, and their own mostly self sufficient economy. Hudson and Novarus aren't technically at war, but relations are tense.