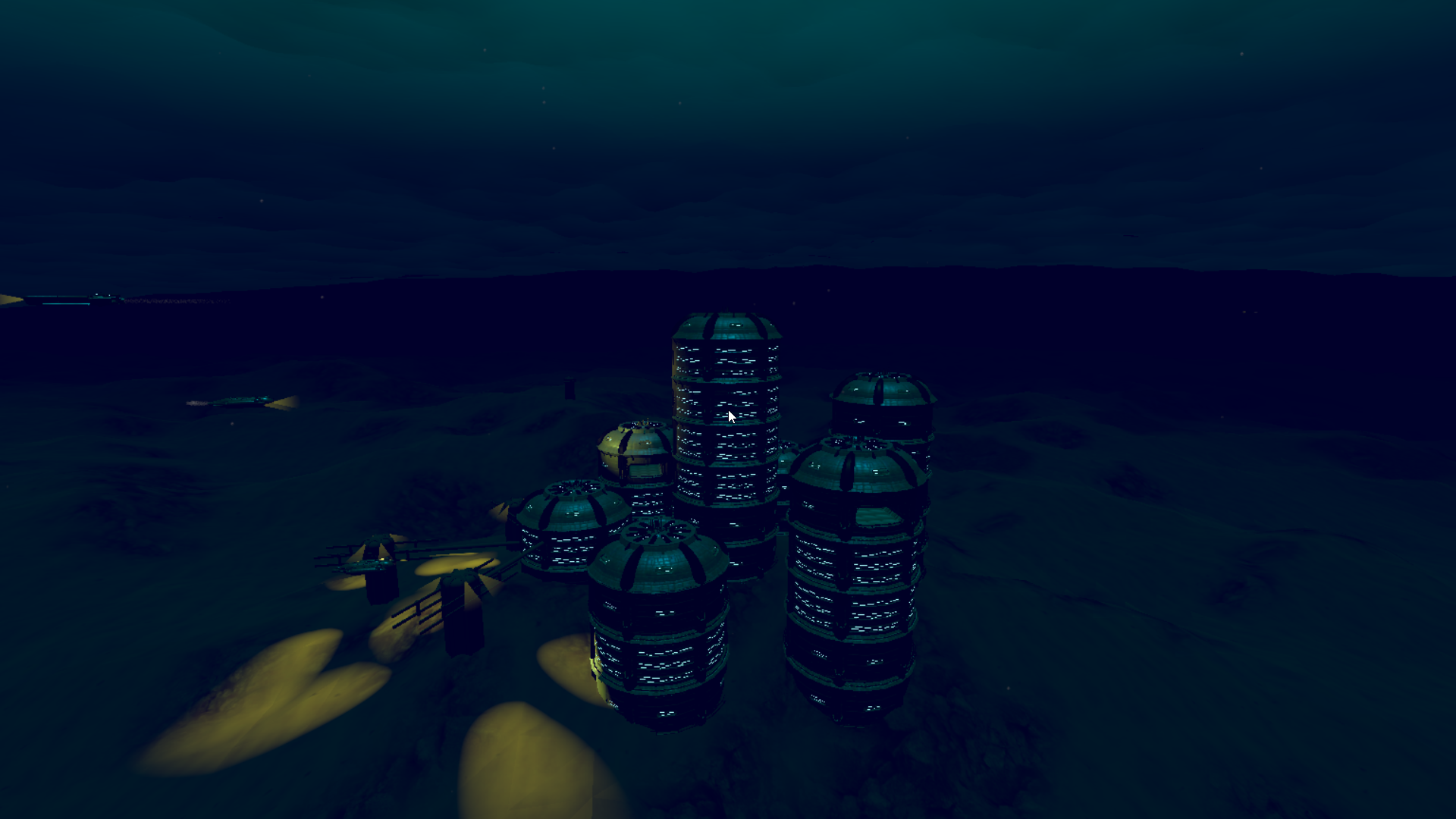 Starting the week off I finished up the work on fixing trade and patrol AI, so you can now see AI subs travelling the world doing work like they should have all along. This adds a measure of unpredictability to patrol missions, as enemies or allies may wander into the patrol area following their own orders. 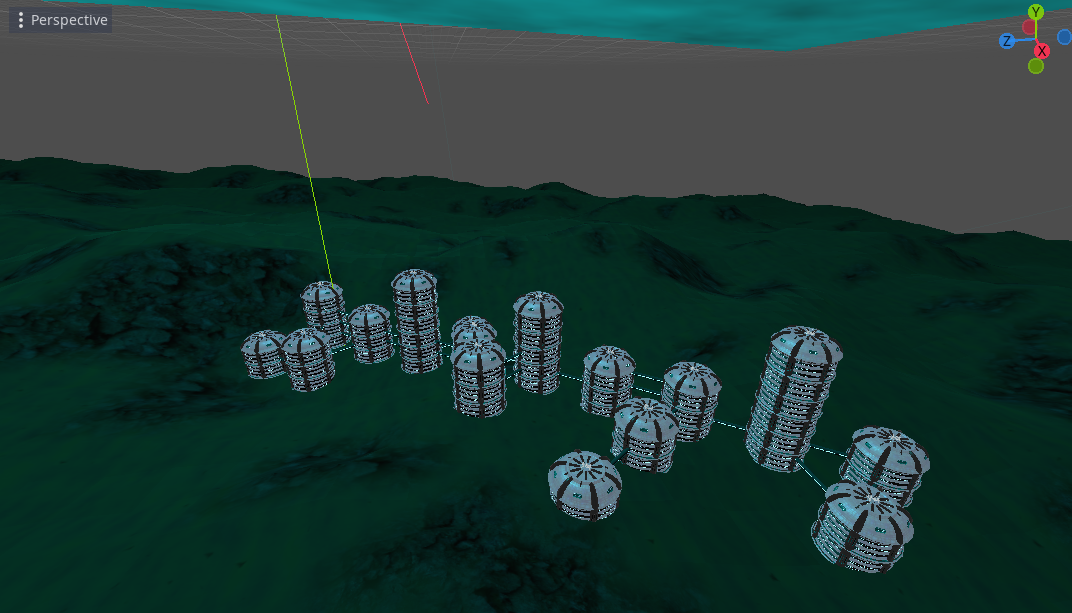 Since then I've been mostly busy working on a new system for generating stations. This will allow for not only rapidly adding stations to the world, but for a dynamic world that can grow and respond to changing circumstances. These stations will be very similar to the existing, hand crafted stations, but with some added things like bridges connecting towers.

The station generation work is nearly done, with the only remaining step is to hook it in to the loading process for the campaign. Once that's done, however, there will be additional work needed to account for it in world saving and loading. I expect this to be done within two weeks.

Past that, I'm not sure. Most likely I'll start adding Novarus subs and stations to the campaign.