In my head 3.1.1 was going to take about a month, as per tradition for software development that estimate was way off...

This release is something of a mix of tweaks and refinements on existing systems and features.

Legitimacy is also gained and lost in other ways. Capturing cities will gain Legitimacy, while losing (or abandoning) cities will lose it.

Settlements are now grouped into provinces. These are composed of a province capital settlement, and all settlements in adjacent regions. Items are shared freely within provinces, removing the need for trade routes. Governors are now assigned at a province level, instead of per settlement.

Population, recruitment, and worker allocation are still per settlement.

The Ghuls have been worked into the same crisis system as the Ravensworn cult. This will give you more options to counter them early, as they will first show up as a cult of cannibals. If you (or the AI) let them gain control of a settlement, however, they will become even more dangerous. Ghuls can now build fortresses ruled by their vile kings, and they now have access to fast moving four legged "ghul dog" units as well.

The Shontu herds are behind some of the performance issues in 3.1.0. To address this, and give some more depth to the faction in general, they have received a minor rework. Most importantly the lag-causing armies of herds have been replaced with performance friendly herding developments, but they now have additional upgrade options for their villages allowing them to produce weapons, wealth, and professional soldiers. 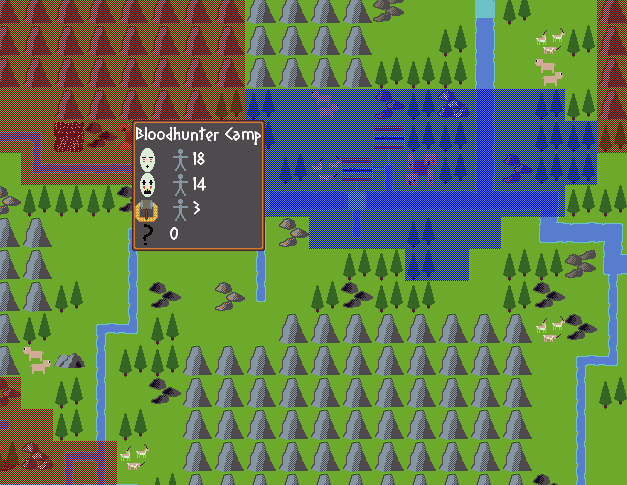 There are new map modes that change how regions are displayed. These will help give you information on the world at a glance. Above is an example of the Cult Influence mode, allowing you to quickly see the cult membership of nearby regions, and who you have to blame for those sneaky cultists causing discontent in your cities. 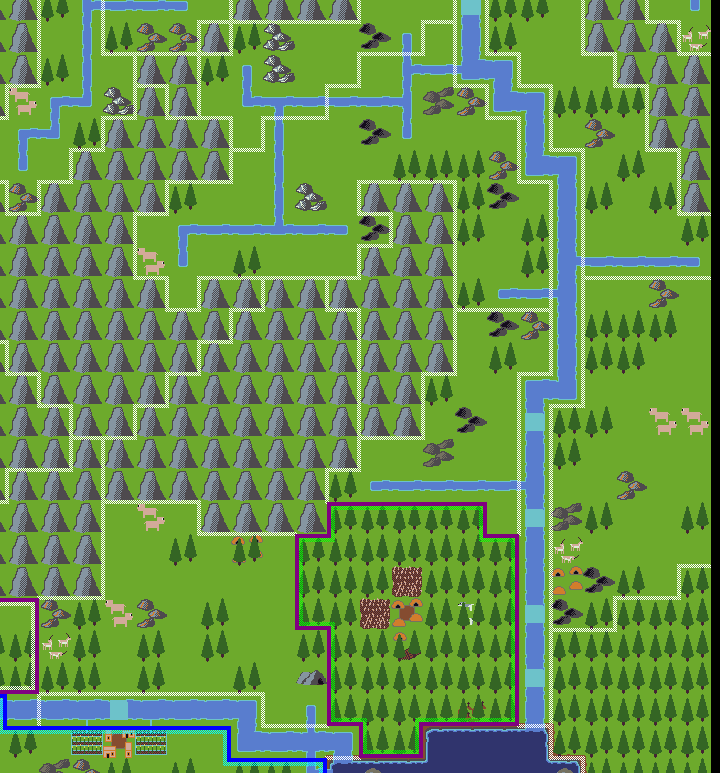 Another small tweak is a brand new "region fixer". This is a process that runs during world generation to make the world more coherent. As you can see in the example above, wide rivers and mountain ranges are now pulled out into their own regions. This will make navigating the world easier and will do away with parts of regions that are cut-off and inaccessible to the rest of the region.

I'm investigating another performance issue tied to the number of structures in the world. I don't have a solid idea of how to address it yet, but I hope to have it sorted out in the next week or so. When it's available the fix will be coming out independent of the next major update.

Aside from fixing the aforementioned performance issue, the next big thing is 3.1.2. This update will focus on characters, giving more depth and growth to them, and giving more for them to do:

I expect that this will take anywhere from one to two months.