Your empire will now have several royal court positions. Characters can be assigned to these positions for a variety of benefits. Factions will have a few default court positions, with others unlocked by building structures. Generals and governors have been rolled into this system.

Additionally, characters with royal court positions can be given special tasks. These tasks will give you new tools to manage your empire and counter infiltrating cults, disloyal characters, and more. 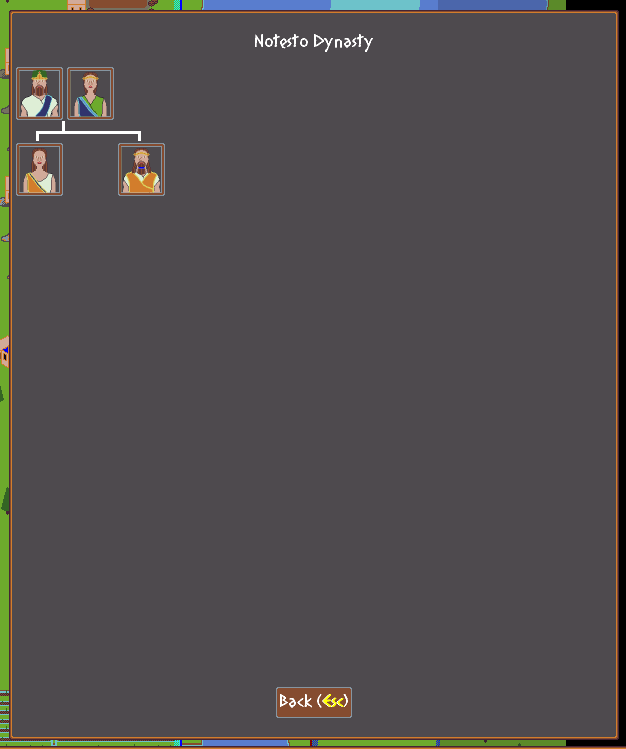 There is a new family tree view to help you visualize your dynasty as it grows over the generations. 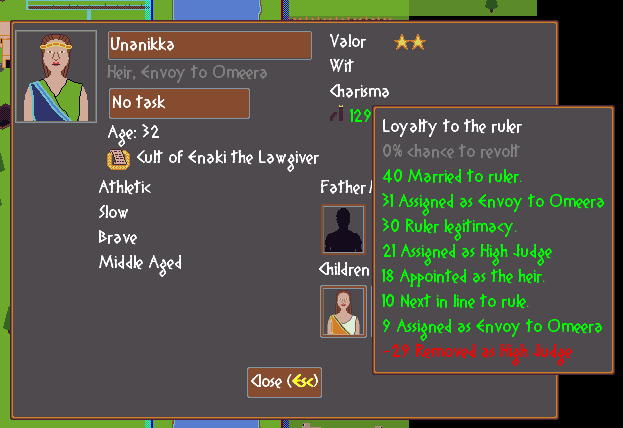 Characters now track their loyalty to the empire's ruler. Loyalty can be modified by a variety of factors, including royal court assignments, relationship to the ruler, and even being trapped under siege. If a character's loyalty falls too low, they may even revolt against your rule. Governors or generals who revolt can even take their province or army with them into rebellion.

Through treaties you can now create an "Envoy" court position. These envoys will work to raise your influence and trust with the other tribe. In addition they can perform a few tasks targeting the tribe, including spying on them. 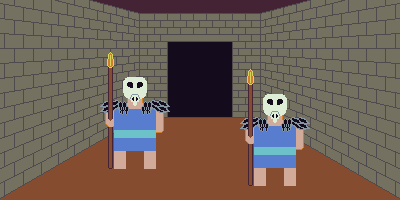 Tying into the new character tasks, there are a few new dungeons to explore. These are accessed though the  "Find Traitors" task available to judges, when a subversive cult has infiltrated one of your settlements. The judge, along with a bodyguard unit, can try to directly root out the traitors. 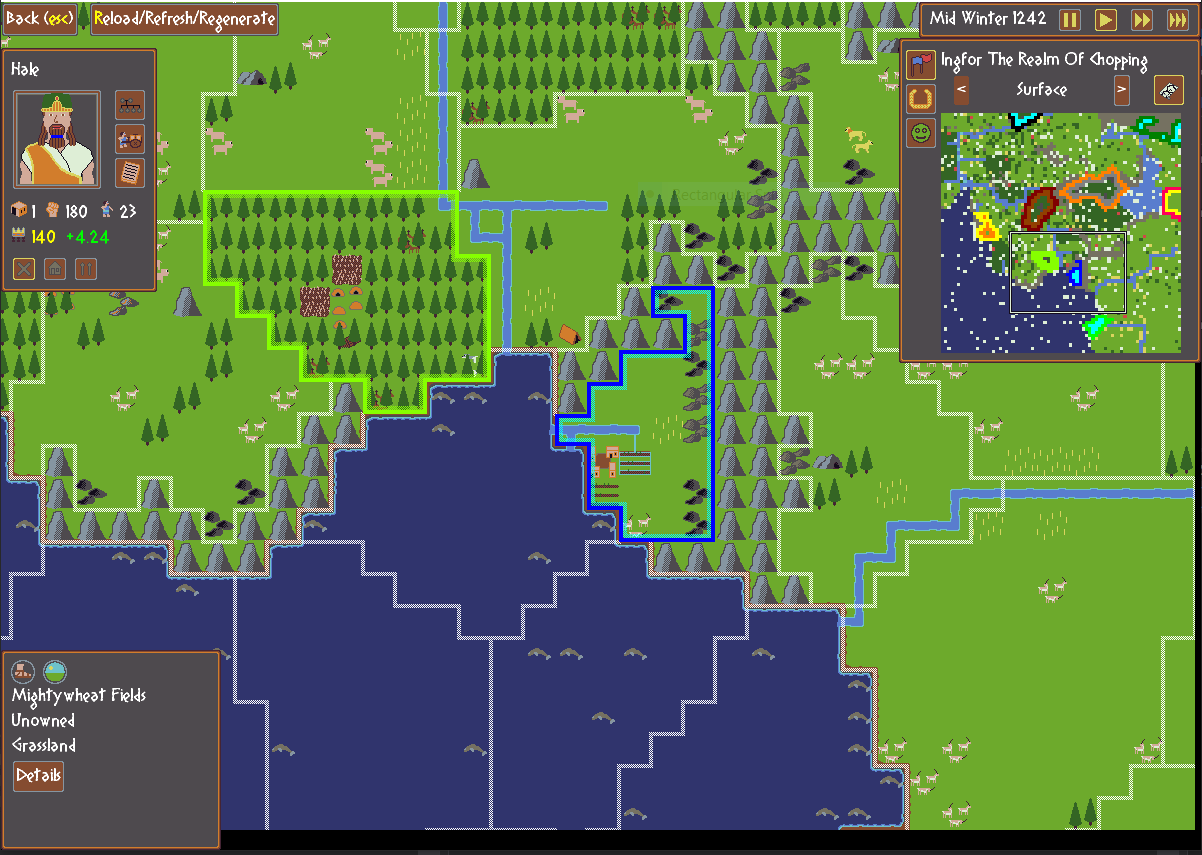 Lastly, 3.1.2 includes a new map type. This map is medium sized, smaller than Cradle or Land of Many Rivers, but larger than River Valleys.

Plans for the Future

I'm feeling a little burnt out on Bronze Age, to be honest, so I'm planning on taking a break for a little bit. Look forward to an announcement sometime in early to mid January.

The work you've done on this is fantastic, it's totally fair that you feel a little burnt out take care of yourself. No matter what you've done amazingly.

Good luck going forward whatever you do mate! :)