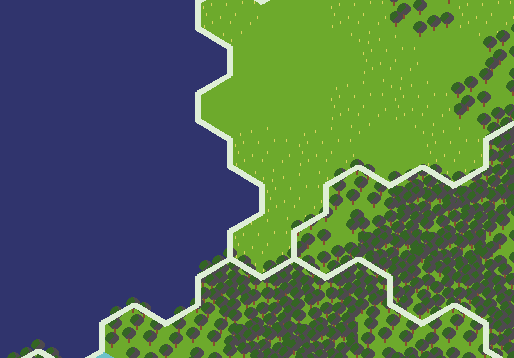 2.0.2 contains several quality of life fixes, most notably visible region borders. Settlements in Bronze Age are tied to regions. There has been some confusion around not being able to place structures on resources that are just over the region border, so I've added a border display option. Borders are on by default, but can be easily toggled off with a new button in the top-left.

The fast forward buttons are back in 2.0.2 as well, with 2x and 4x speed options. 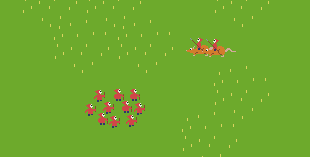 The next major update for Bronze Age will be the conquest update. This will add new features focusing on warfare. Masklings are getting some reinforcements, with two new unit types. Maskling Blowgunners pelt their enemies with swarms of needle-sharp darts. These darts can devastate your basic millitia, but they are ineffective against armored troops. Maskling Ratriders are veteran warriors mounted on giant rats. They are fast, durable, and deadly, more than a match for any human warband.

To better combat the Maskling hordes, multi-unit selection has been added.

Next week I'm going to start working on capturing enemy settlements. Melee infantry (militia and spearmen) will have the ability to capture administration centers, which will change the settlement to your control. I haven't decided yet how to handle the captured population, I'm leaning toward them being enslaved, able to work in the settlement, but not form settlers.

The Conquest Update will probably be out sometime in December.

oh, a question, so when this update comes out and I re download the game, can I save my current map? its literally the biggest one someone has ever made I'm pretty sure. Its a HUGE base ive spent making... very very big.

Yep, just copy the "saves" folder from the old version to the new one.

this will be fun!

The borders and speed controls are a godsend. It would also be nice to be able to place walls and towers anywhere inside a territory rather than requiring them to be built right next to something. I'd also like to be able to build roads outside my territory, though that should probably be limited to tiles adjacent to extant structures as it currently is.

Also, I love the idea of enslaving enemy encampments. I think there should be an option to eventually annex them, but only pursuant to meeting some set of criteria first. Vassalage should also be possible, but we'll need to wait for diplomacy options for that to make much sense.

Very nice update and preview. I did not realize there were region borders so that was confusing indeed

Sweet. Love the unit selection. It was so tiring clicking around 10 times to move an army.