2.1.1 is a small patch that has a fix for a crash on saving while notifications are present, a missing sprite for the Maskling Grubfarm, and a rework of the mod loading process so that it no longer requires disk write access (which seemed to be causing some crashes). 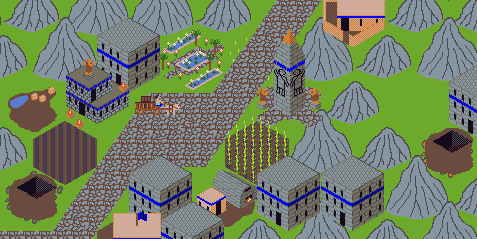 The default infrastructure types are:

Administration provides an cap on the size of settlements. This serves a couple purposes. Firstly it prevents your settlements from outstripping the Masklings so much that they aren't a threat anymore. Secondly, it requires exploration and expansion. To upgrade the Admin Center you have to acquire rarer items. Thirdly, it turns settlement management into an optimization problem. As you approach the Administration limit you'll need to carefully pick and choose which structures to build, or build other settlements to import raw materials.

Your citizens will need happiness, just like they do housing and food. Unlike the other two needs, the happiness cost-per-population will increases with the size of the settlement. 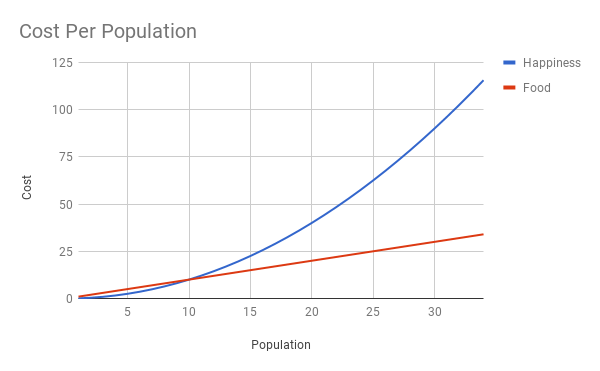 Each race has a "crowding" threshold, which determines how unhappy they get from being in a crowded city.  The math works out like so:

In addition slaves require additional happiness. I haven't tested that aspect yet, but expect your subjugated Masklings to be a lot more grumpy in the future.

Happiness can be produced through several new structures. Gardens require fertile soil, but are a cheap source of Happiness. Monuments can be built anywhere, they require a substantial investment of items but can be upgraded to be one of the most efficient Happiness sources. Breweries consume wheat to produce Happiness in the form of beer. Vinyards can only be placed on the rare Grapes resource, but they can produce Wine that can be used at a Winery to produce a large amount of Happiness.

Morale effects population growth, just like food. Population growth is modified by what percent of the settlement's food and moral needs are met. In the screenshot above the food needs are 86% met, and Morale is 69% met, so the resulting growth rate is 59% of maximum.

In addition to slowing population growth, unhappy populations may revolt. The likelihood of a revolt will depend on the settlement's Morale, and the world Hostility setting. When a revolt is triggered several hostile units will appear in the settlement and proceed to attack units and structures. You'll need to build towers or deploy troops to quell the rioters. 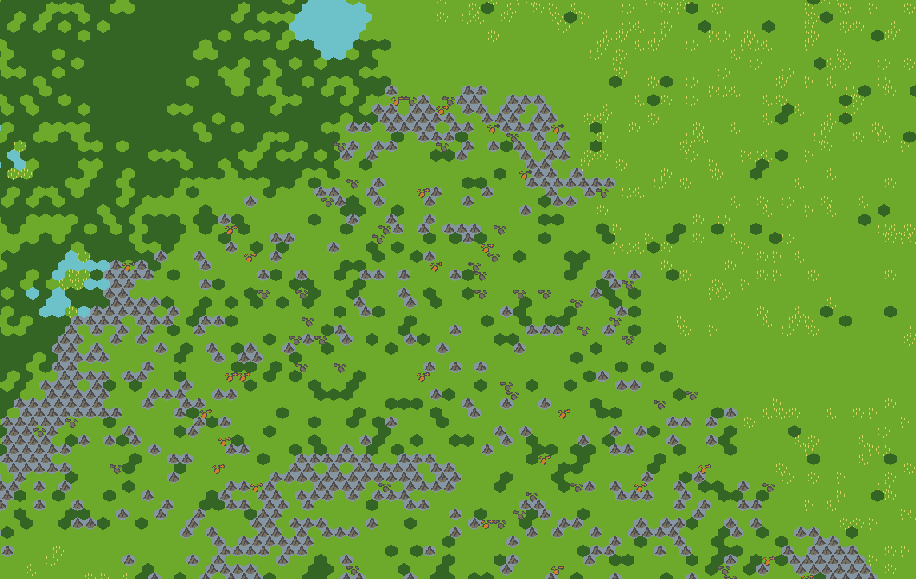 The world generator is also getting tweaked. Regions will now be larger, and may contain more than one resource. This should provide plenty of room for settlements to grow, and make acquiring resources more reliable. Additionally, Copper Ore and Limestone can now be found in mountain ranges. There is also a new Grape resource that can be used to produce Wine, a potent source of Happiness.

The morale update looks like it's going to be really difficult for a more laidback person such as myself. Which is awesome! BRING ON THE HAPPYNESS!

this is gonna be fun!

Seems great that i can use those fertile soil tiles for something other than farms, it was triggering my inner OCD to ever put anything but farms on those things.  Also, as a side question, in that first pic we see some little temple-statue building; it doesn't look like a monument and definitely not like a garden, so is it the beginning of some worship building or something similar?

The revolts sound neat. If a revolt succeeds would that mean another human tribe to fight?

The revolts will just try and wreck the place, not capture it and set up their own tribe.

In the Noble update, though, disloyal Nobles could split off and form their own tribe.

Would the Nobles be able to have their own disloyal nobles, thus causing a massive civil war between dozens of factions simply because there wasn't enough alcohol?

My current thinking is that each Noble will belong to a House, with 3 Houses generated at the start of the game. When there's a revolt an entire House will rebel to form it's own tribe. That's not set in stone, however, I do like the idea of individual Noble's splintering off.

Nobles wont get uppity due to not enough alcohol (though with the Revolts in the Morale Update your citizenry might), they'll be more concerned about politics and influence.

Would the nobles be able to kind of be like advisors, popping up to alert you of something their house is not happy about?  It could be kind of like having a tutorial built in.

I'm not sure yet.

Alright, things are starting to get pretty interesting, I can't wait. :)