The old wiki has been taken down, due to a bot infestation that I just didn't have the time to deal with. In its place is a new website. There you'll find some links, explanations, and (most importantly) a modding guide.

The modding guide is still incomplete, but I'm slowly adding to it as I add more to the modding API.

If you have ideas for articles you'd like to see, feel free to let me know.

Sunday I released Bronze Age: Space, a total conversion mod for Bronze Age, converting a it to a science fiction setting. It can be downloaded on itch here, and the source code is available on Bitbucket. I hope it serves as a demonstration of what can be done in a Bronze Age mod, and as an example for anything you'd like to do.

The Buff and Bonus update is almost finished, there are just small tweaks and bugfixes left. I expect a release this coming Monday. 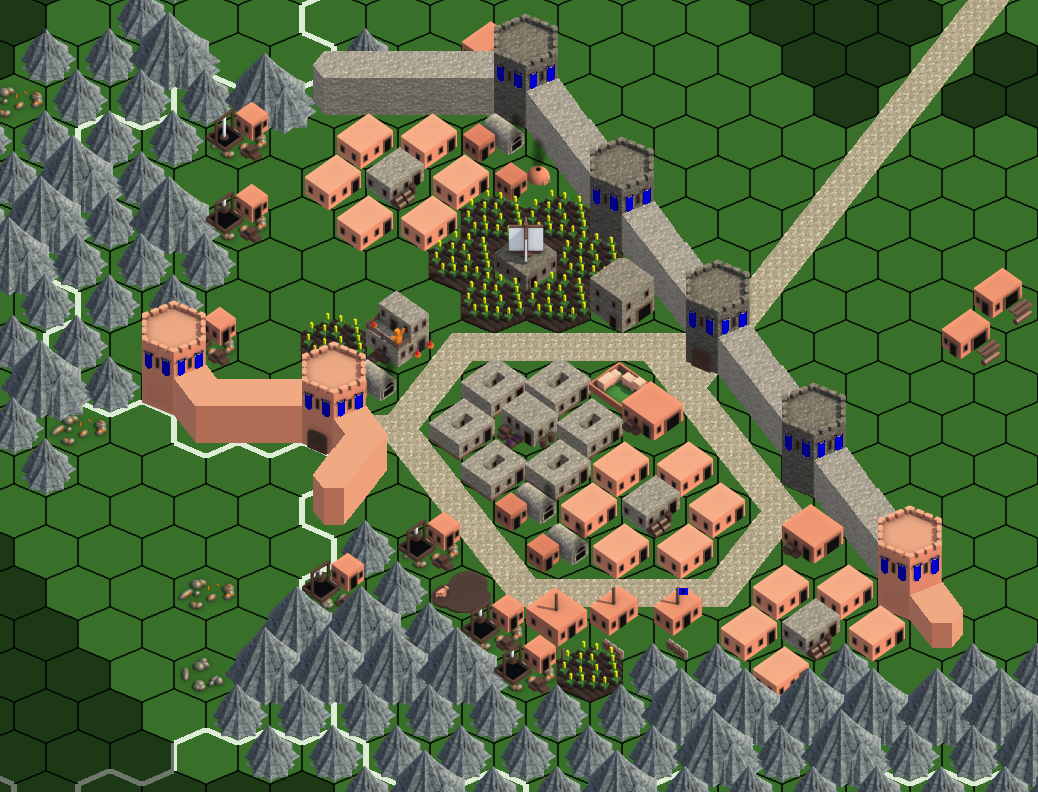 Once that's out the door there will be two releases I'll be working on in parallel.

The diplomacy update will be a big one. Both in terms of work to do, and in terms of impact on the game. You'll be able to talk to the AI now, and there will be two new AI types. You will be able to negotiate, trade, ally, and war with the AI. AI behavior will be getting an overhaul as well, acting according to the diplomatic state between you.

Fairly peaceful villages of humans, with the same resources and structures as you. They'll tend to keep to themselves, but will defend themselves if pressed.

Aggressive human villages, prone to raids and banditry. They'll be a nuisance. They could, however, be persuaded to attack your enemies instead of you.

As part of this update settlements will be tied to race. That means that if you capture a Maskling settlement you will still be able to build Maskling structures there. You will be able to convert the race of a settlement, through expelling Masklings and moving in human settlers.

I expect this update to take 2 months or more.

At some point in May I aim to release a smaller content update, to avoid a large drout between releases. This will be a much smaller affair, with 3 new resources, a new unit, and a handful of new structures.

Meat will be a new food item, which can be used to produce both food and happiness in settlements. It will have 3 different sources, with different tradeoffs and requirements: hunting, fishing, and slaughtering pigs.

Wolf dens will be added to some forests. These will spawn hostile creatures that roam the region, attacking any other units. If you settle in the forest, however, you could tame the wolves and use them to train wardogs units, or to help with hunting.

A rare resource found in forests, silk will need to be refined in a labor intensive process. The resulting item will give a large happiness boost though. My aim with this is to encourage remote production and trade routes with an involved production chain.

A new structure which produces administration, at the cost of reducing settlement happiness.