Some structures can now offer buffs. Buffs will increase the performance of structures, allowing for greater efficiencies as a reward for careful planning. Happiness makes extensive use of this, you'll now have to place breweries next to houses for them to be effective. There is also a windmill structure that improves the performance of all adjacent farms.

Scripts can add buffs. These are temporary effects that can add or remove items, infrastructure, or bonuses.

Happiness has been overhauled. Settlements now just require 1 happiness per population. Monuments and gardens are now purely decorative. Breweries and wineries are the only sources for happiness, and they only work indirectly. A brewery generates happiness in each adjacent housing. The more houses, the more happiness.

The old riot system has been replaced with a more refined system. Settlements now have an unrest stat that grows up to a limit based on current happiness. There will be occasional incidents based on the unrest level, ranging from low productivity to sabotage, to murders, to outright rebellion. 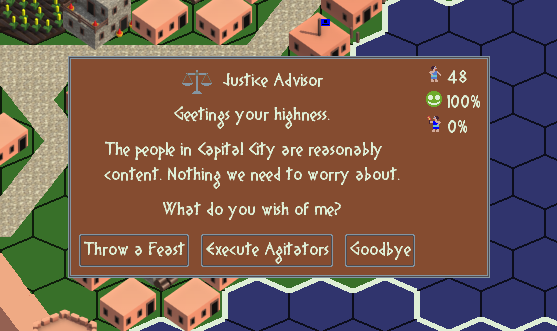 There is now a justice adviser for settlements. He can assist with managing unrest in your settlements, through throwing feasts or holding executions.

Nanash is back, she'll offer a few different tutorial options for each new game. Pop-up occasionally and offer advice, or wait until asked for. This should hopefully smooth over the introduction for new players.

Settlements now store an amount of items equal to their storage infrastructure. They will produce up to that limit. You can add more storage by building warehouse structures. These warehouses are also drop-off points for trade.

You can give your worlds a custom name at generation, and your tribe as well. Settlements can be renamed at any time, just by clicking at their name.

Units no longer have names. 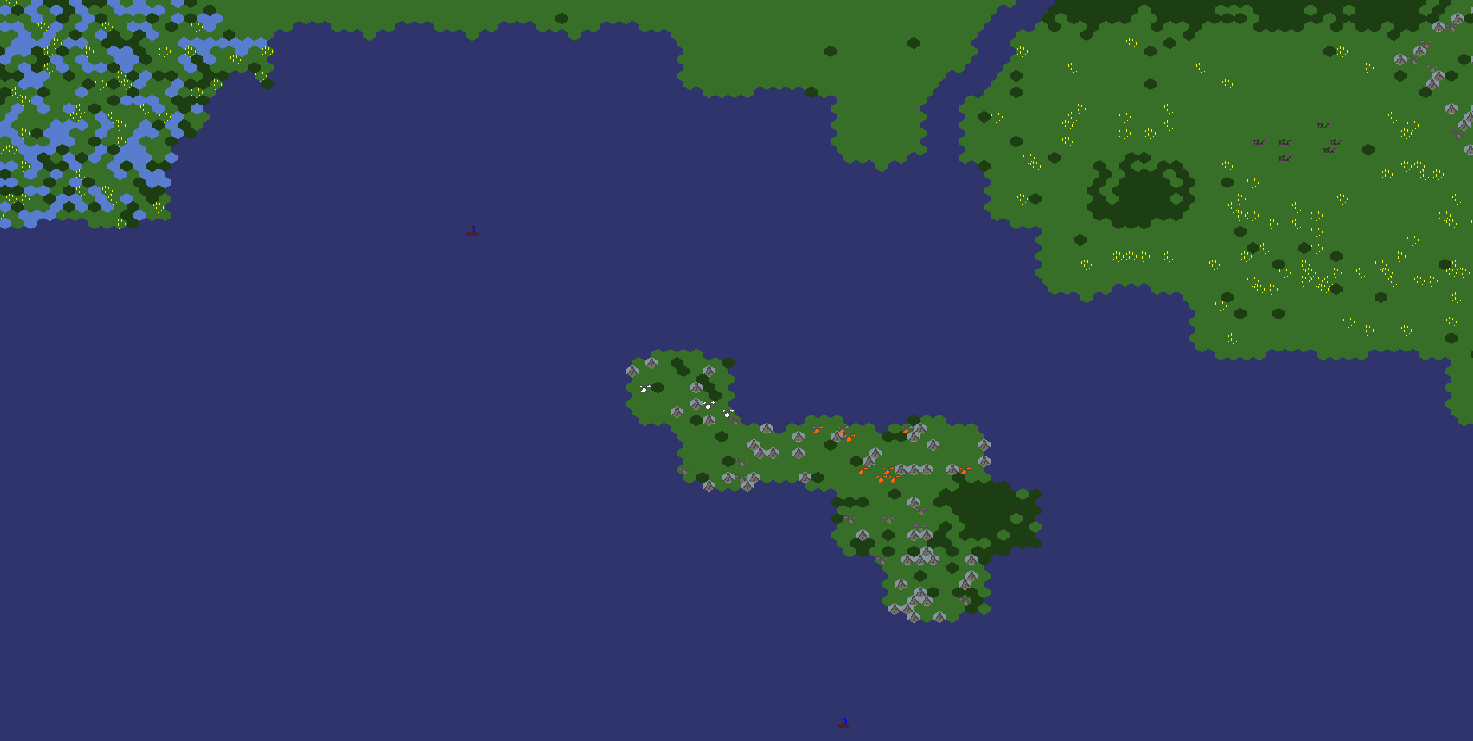 A new world type. A central ocean filled with islands, surrounded by land.

Upgrading a structure no longer causes the original structure to stop working. This has a couple of benefits. First, when upgrading the admin center, your entire settlement no longer shuts down. Second, you can cancel an upgrade in progress.

Like most releases, your old worlds can be loaded in 2.4. Things might be a bit hectic though, until you can adapt to the new happiness setup.

There are a few incompatibilities with 2.3 mods, but the upgrade tool will handle them. Any new races will need to opt-in to happiness and food mechanics, look at h_r_humans.xml for an example of how to do that.

Been playing the game for a few days on and off. The game is nice and interesting. It has a great potential. Is it just me, though, or is the happiness thing still a problem after the rework? I have positive flow of goods and stockpiles, and I get justice problems very frequently and always escalating. I could be doing 100% fine, and then suddenly my region is in ruins because the population is unhappy for a reason that I don't understand. I have surrounded the breweries with houses and I have used the Justicar (to what effect, I'm not sure, because when I throw a feast, I am not exactly sure what happens; I still have the same amount of food and there's no message or indication that the unrest has been reduced).

Yes! Downloading as I type. So glad I went on to check.

i love the rebellion feature