The Diplomacy Update is coming along, slow but steady. Basic diplomatic discovery and dialogs are done, as is the first new AI type. I've released a beta build (available on the community discord). I expect the full Diplomacy Update to take until July, but I'm planning to start releasing it  in parts. The first part should be out in the next week or so. 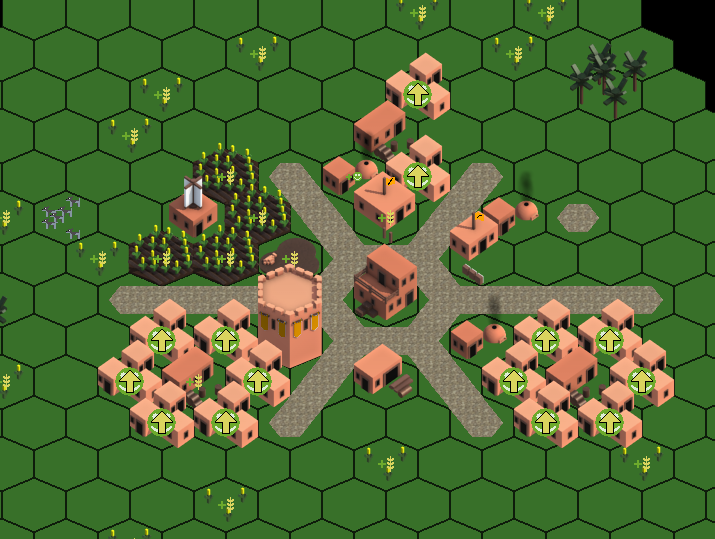 There will be some new AI in the Diplomacy Update, the first of those is Human Villages. These are villages of humans, just like you. They'll tend to keep to themselves and will be open to trading. They will seek out stone and metal in their region, making them available for trading. They will defend themselves if pressed, however.

You can converse with any tribe you've encountered through a new diplomacy button. 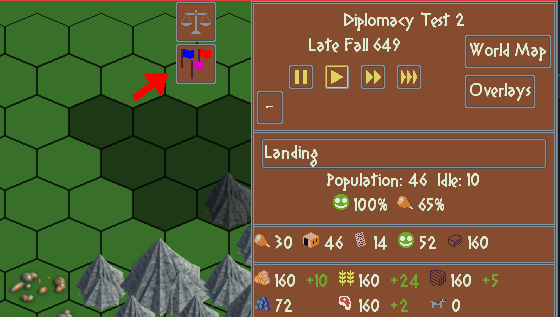 Through diplomacy you can ask other tribes about themselves and their needs, as well as any other tribes you know about. You can also negotiate deals. The current set of deals is limited, but will be expanded throughout the Diplomacy Update. Relations between tribes are tracked through two standings: Respect and Friendliness. They combine to determine the final standing between your two tribes. Friendliness is easily earned and lost. Negotiating deals that favor the AI will increase friendliness (bribing them, basically), but deals that favor you will decrease it. Respect is harder to change, and is the more important factor. Respect has twice the weight of Friendliness when determining standing. Respect only changes through making and breaking agreements and alliances. 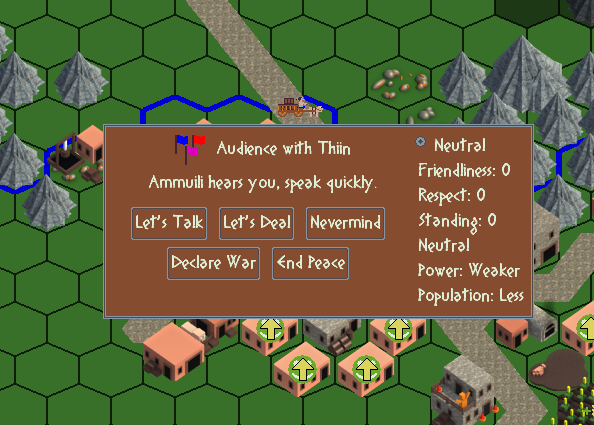 This hasn't been completed yet, but a major part of diplomatic negotiations will be Trade Agreements. These will be agreements between two tribes that let you create trade routes involving each other's settlements. The trade agreement will specify a cap on Per Season imports for each item. You can then create trade routes through the normal UI, with a source settlement in the other tribe. Your trade caravans and ships will then service these routes like normal. The AI will also create trade routes.

This will let you import rare resources from AI settlement, such as a Human Village who's sitting on some Tin deposits. You can also provide resources to AI settlements, which they will use to expand and grow.

The AI can get unhappy if they try to create trade routes but the settlement they want to trade with doesn't have the needed items.

The Masklings are getting an upgrade in the Diplomacy Update. They won't be little psychopaths any more, but little kleptomaniacs! Masklings will gain the ability to upgrade their Totem with wood and limestone. They will also gain the ability to build walls and towers out of wood and limestone. There's a problem though, they don't know how to harvest wood or mine limestone. You do, however, and they're going to steal it.

Masklings will now launch raids to steal items they need, but only from tribes they know about, and are hostile to. This can include your settlements, as well as the new human villages. Alternatively, you can give the Masklings wood and limestone through diplomacy. Enough gifts will allow you to make peace with them.