Performance improvements are my next big goal. For the past couple of weeks I've been working on rendering performance, which is wrapping up today. 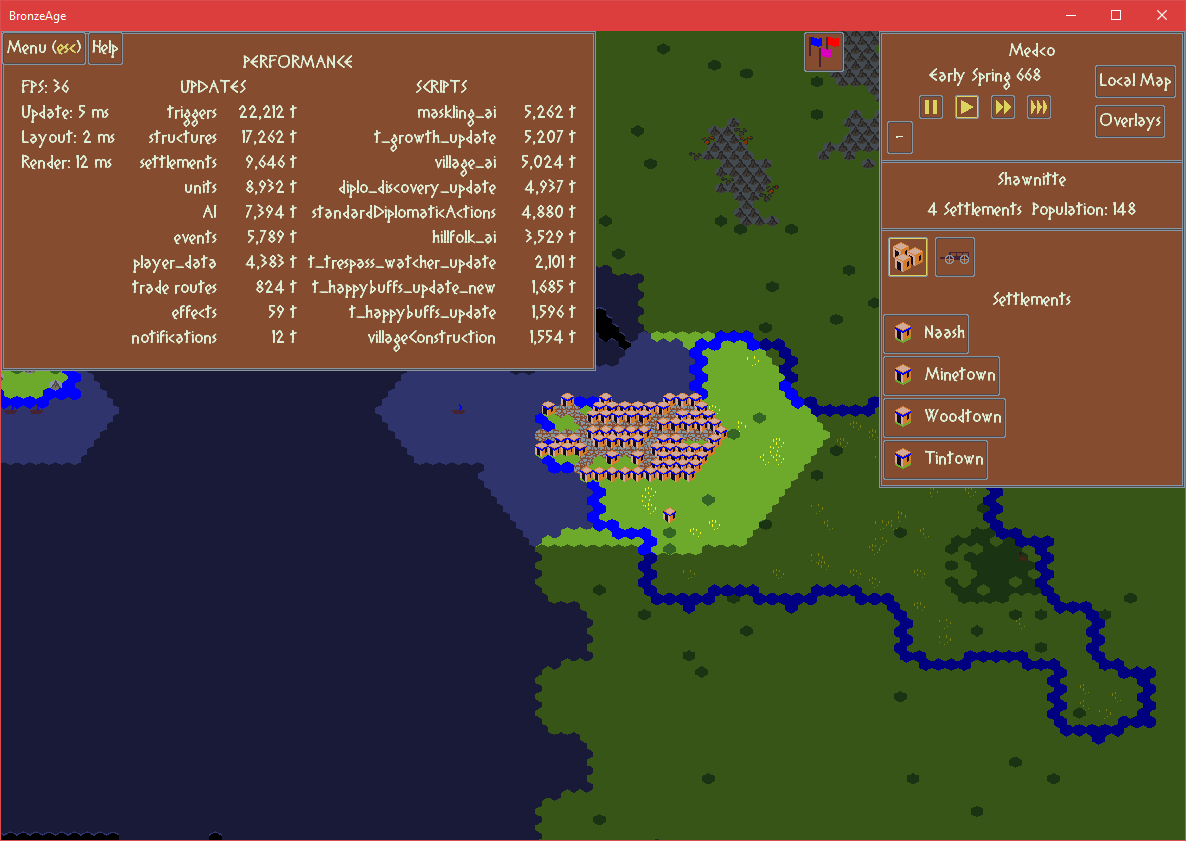 A screenshot of a world in 2.5.2.2. This is fully zoomed out, centered around the town of Naash. 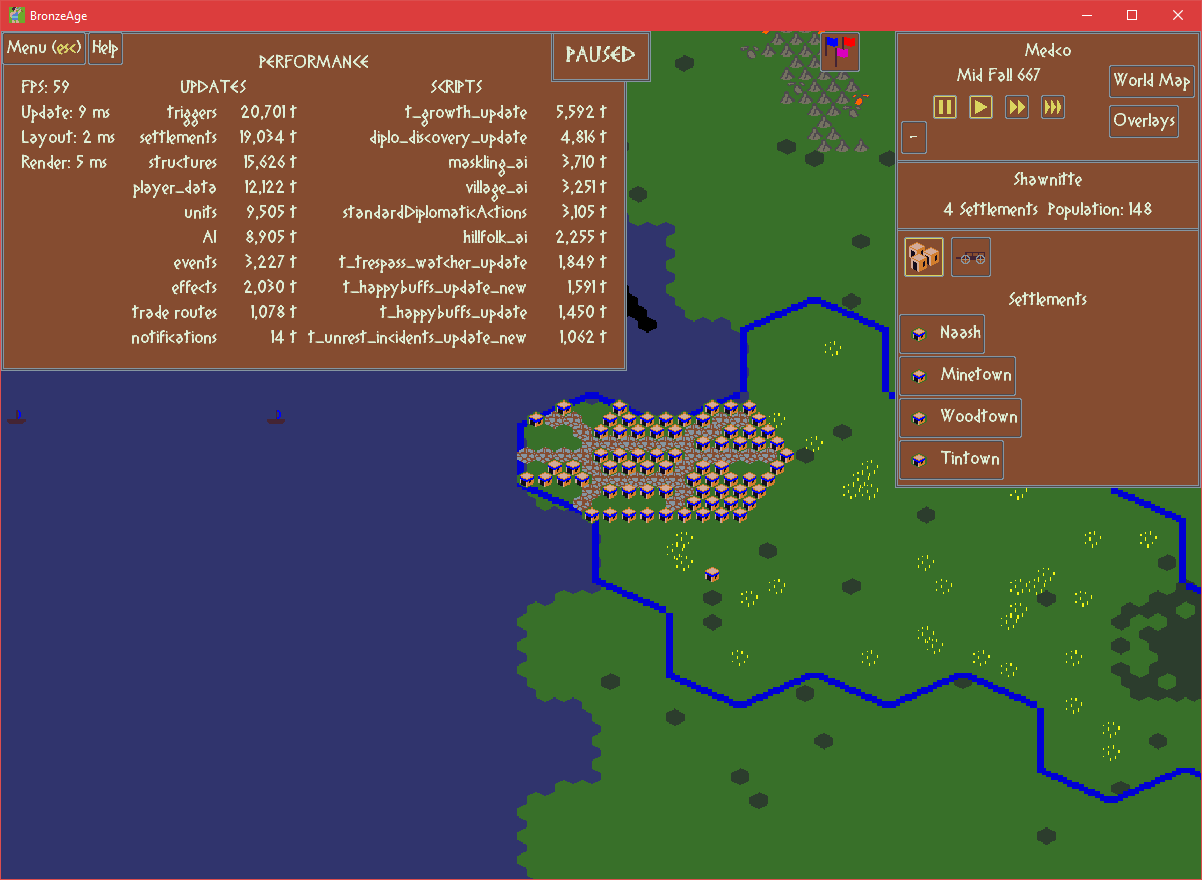 The same view, with the latest performance work. A couple things have changed, the Line of Sight shading is gone, and the borders are drawn differently. Most notably, render time is down from 12 ms to just 5ms. 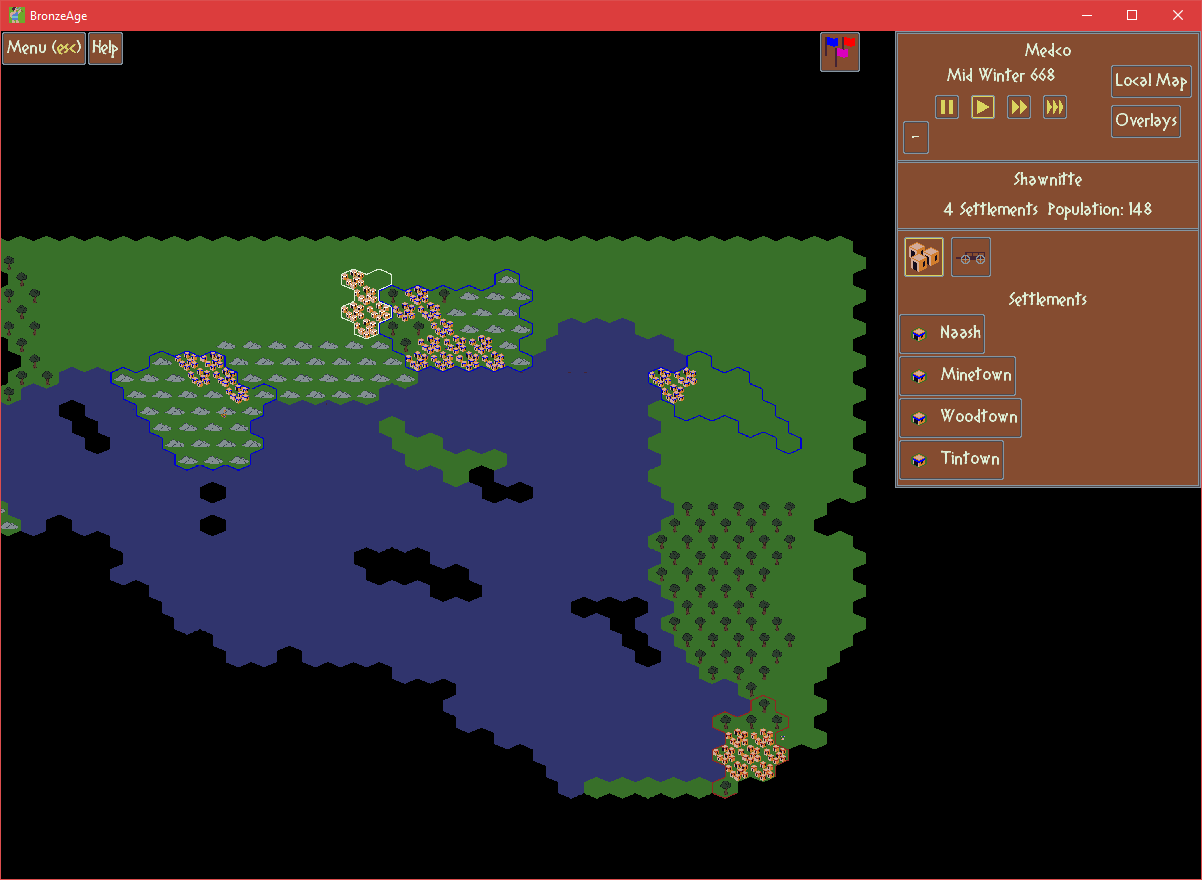 And there's a new level of rendering, allowing you to zoom out much further. (I'm not quite happy with the art assets yet). The town of Naash is the small cluster in the upper-right.

My next performance target is the world simulation. Rendering was the easiest thing to address performance wise, but world simulation tends to be the culprit behind most of the slowdowns players have been seeing. The chief cause is the javascript script API. Javascript can't be multithreaded, and the script engine that BronzeAge uses is annoyingly slow. To solve both of those issues I'll be defining a new C# API for script logic.

For now the C# API will be only used internally, but after release I plan on making it available for mods. Mod support will include sandboxing to keep you all safe from any malicious actors, and an example mod project to help mod authors get started with their own C# mods. The javascript API will remain for now, but it will be removed eventually.

I'm so happy for this