I've just released Beta 2, which adds multiple settlement support, villages, armies, and exploration. I plan to continue with a series of shorter updates in  a "beta 2 phase", iterating based on feedback and adding things like trade, metals, and more structures. Once that is done there will be another gap in updates while I work on adding AI for Beta 3.

To join in on the beta, see the pinned message in #beta-testing on the community discord.

As part of adding support for settling, I needed to add settlers. Like in Bronze Age 2, settlers are units just like soldiers, so I had to add support for armies. Armies are how units will move around the map. They are a collection of up to 10 units that are selected, move, and fight together. In the future settlements will train units as garrisons, and armies can be created from those garrison units, but for now there are only settlers.

Settlers are recruited instantly, and subtract 20 population from a settlement. 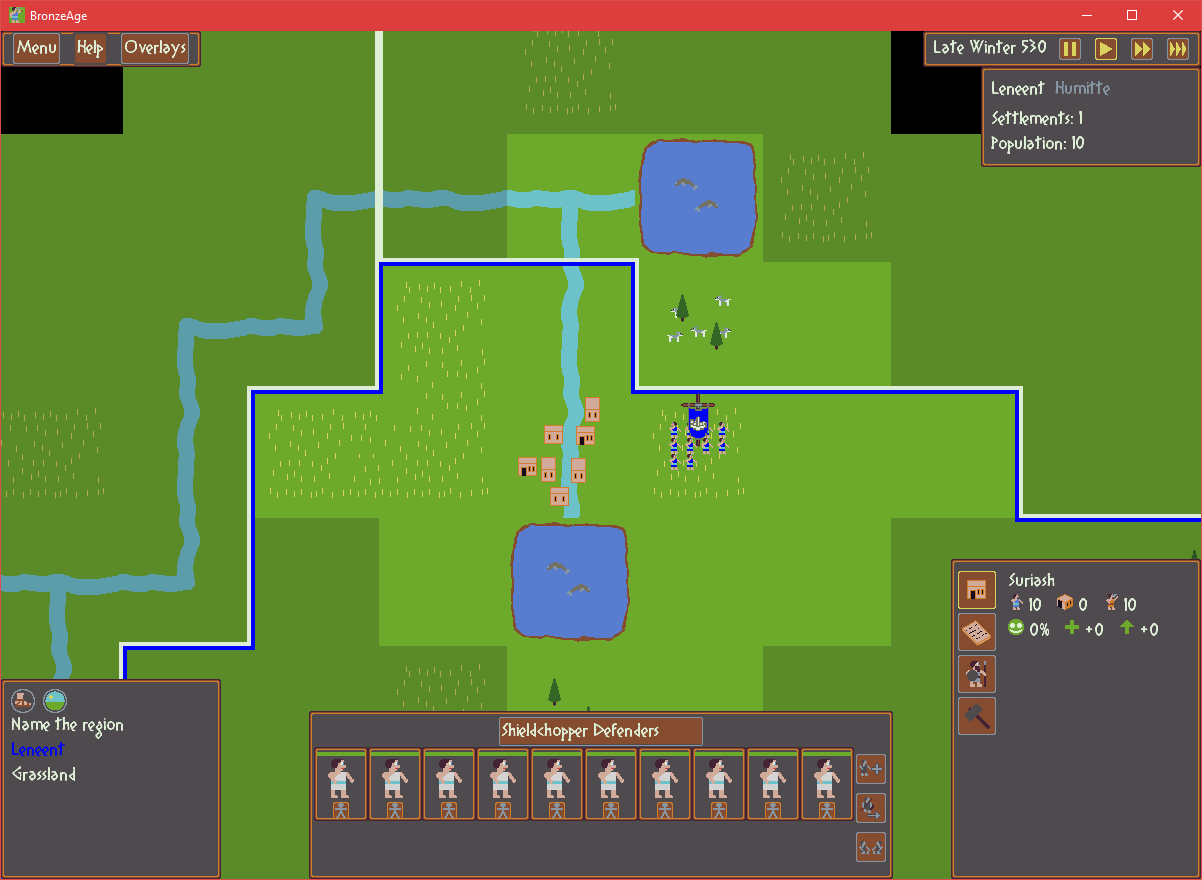 Those settlers can then travel to another region and create a village,  removing a settler unit in the process.

Villages are a new type of settlement. Unlike full cities, villages don't have a city map. You can only build cell developments in regions with a village. This will make managing them a lot simpler, but limited. However, if you want you can upgrade the village to a full city. 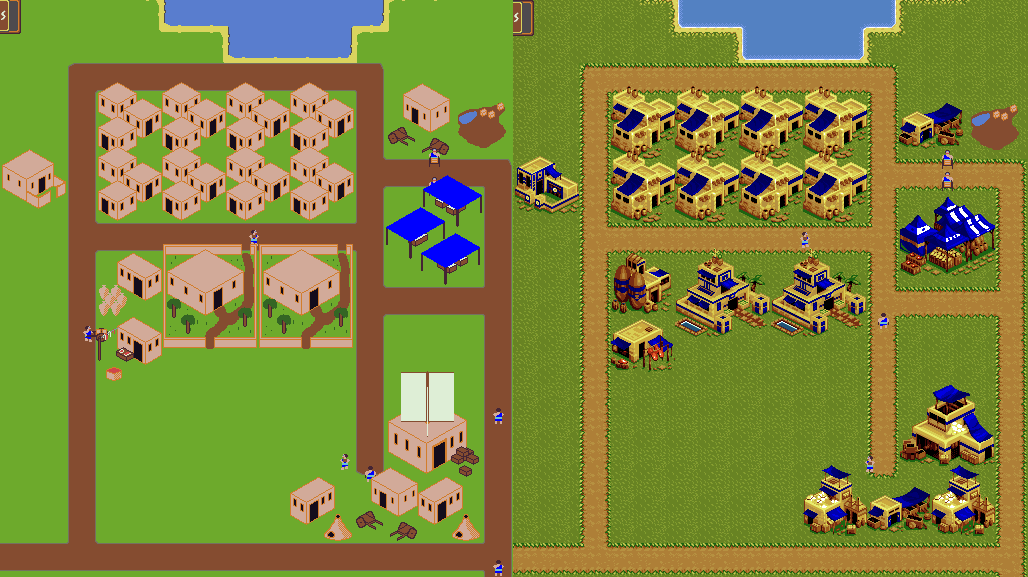 I've enlisted Artificer, who you may have seen on the community discord, to do the art for Bronze Age: Pretty Edition. As you can see, he's done some fantastic work already.