As I mentioned last time, my time to work on Bronze Age has been rather limited lately. I have managed, though, to make decent headway on world structure and generation. 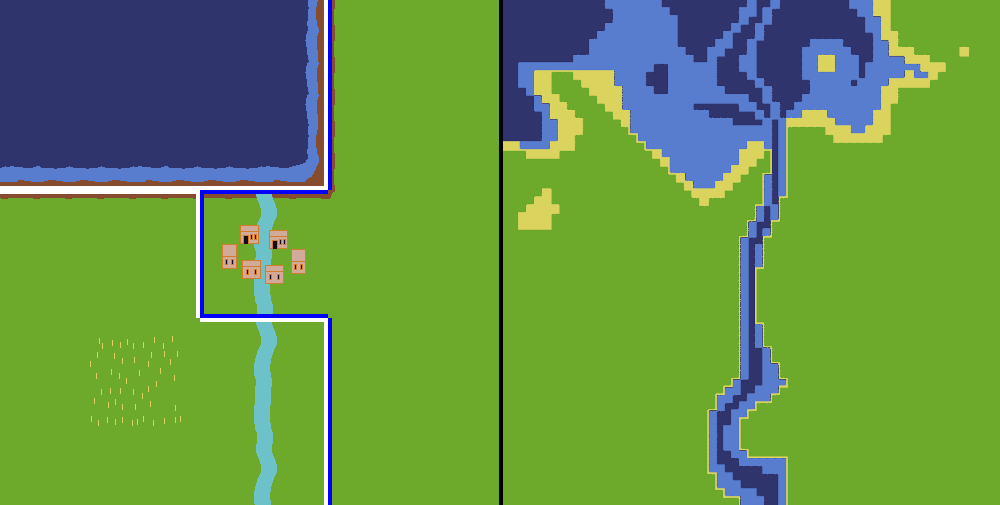 A settlement from the world map, and then zoomed into the settlement map.

The basics of structure placement is in place, as well. So now it's time to start talking about the economy.

The economy in 3.0 will be largely similar to 2.x. Settlements will be focused around producing, transforming and consuming items. The core differences will be in population support and settlement design.

I like the idea behind the population needs added in 2.6.1, but not the implementation. For 3.0 I'll be taking an approach more like the Caeser or Anno series.  Basic houses will require no support, but provide little housing. If you provide items to the residents, though,  the house will upgrade to a higher level. Higher level houses provide more housing and prosperity (more on that later), but have to be maintained with a steady supply of items or they will downgrade.

The basic progression is:

Note that house auto-upgrading will just be a feature of houses, other structures will be upgraded similarly to how they are in 2.x.

Bronze Age 3.0 will introduce money of a sort. Settlements will now have an amount of wealth, which can be accumulated and spent. It will be mostly used for high level cell developments, structures, and military units. Notably, it will be needed to expand your settlement to additional districts. Wealth is primarily produced through taxes and prosperity.

Prosperity comes from advanced housing and other economic activity, such as trade routes.

The largest difference when it comes to settlement management will be in moving items. Items aren't magically teleported to where they're needed (as they are in 2.x), nor are they hauled around by individuals (as in 1.x). Instead, a background process will calculate hauling paths, then simulate item movement along those paths.

Congestion is the defining feature of this system. All tiles in a settlement will have a "throughput" level, improved through roads. When the amount of items moving across a tile exceeds its throughput, the item movement begins to be penalized. This will reward attention given to settlement layout and road design.

There will also be a concept of warehouses as intermediate structures. These wont actually produce or consume items, but they can be included as an intermediate step in path calculating. The benefit of this is that warehouses will provide a buffer of items, and have a higher compression factor.

With warehouses added to the example above, the higher compression factor reduces congestion through the center section of road.

My plan is continue through getting the new economy logic in place, then but out a very basic beta for feedback.

I love the path this game is taking! Best of luck Shawn! :)

PS: Just a screenshot of my gameplay ^^ 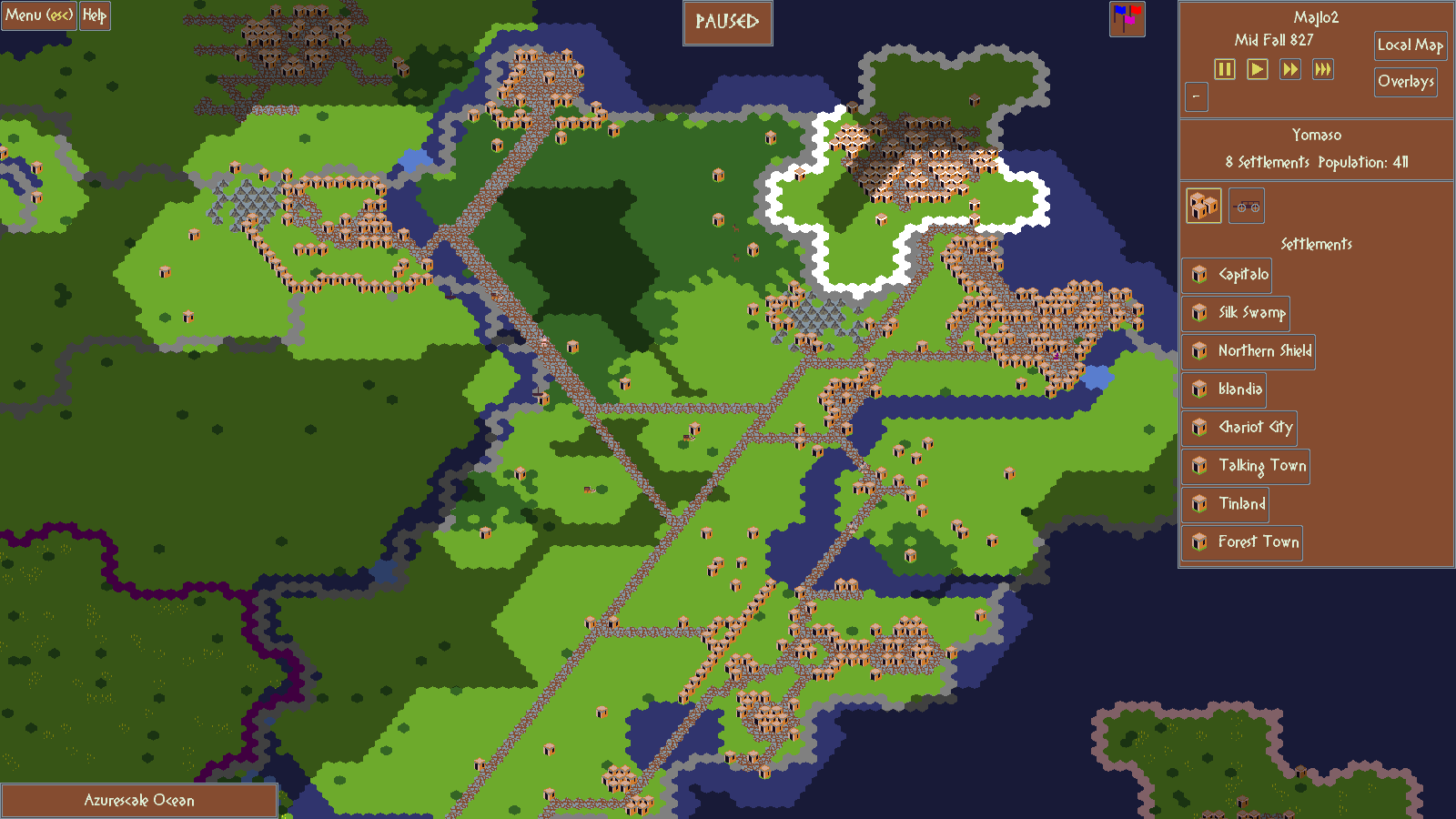 I've been following the delopement of Bronze Age for a while, thought to drop something for you as I just saw your template for congestion. I like the direction the game is heading, though I liked you trying original ideas that diverted from the Anno/Caesar formula. On the other hand my main grip would be with the color scheme you used in that template and that, I guess, will be the one you will use in the game. I am colorblind so the use of green-red-yellow is really tiresome and has deterred me from playing certain city building games in the past. May I suggest you try to choose a more distinctive palette for this kind of vital information? There are certain hues of red-green-yellow that are ok for colorblind people -ie the ones employed in traffic lights-, but the ones you use in those image are really hard to read for me. Just 2 cents on an issue I see really frequently in this genre I really love and that I know sometimes stops people from enjoying games they really want to play.

That's a very good point about colorblindness. I plan to mostly show congestion with animated sprites. Small people will travel along the logistics paths, based on how many items are being transmitted. Their speed will be based on congestion, travelling visibly slower in congested areas.

There will probably be an option for a color coded overlay, and I'll try to take colorblindness into account.

Please feel free to make any other accessibility suggestions, I would find them very useful.