Work on the 3.0 Beta is proceeding nicely, phase 3 was rather unfocused, but ended up adding a lot of  new features  and quality of life adjustments, such as:

I also started work on Industrial Age, a total conversion mod that replaces the ancient world with a dieselpunk setting.  Industrial Age is also open sourced on Bitbucket, so feel free to take a look if you're interested in modding.

Next up is phase 4, with the last features I think Bronze Age 3.0 needs before it's ready for general release.

Combat in Bronze Age 3.0 is going to be a little different than it currently is. Up until now, combat happens in the same map as everything else. In Bronze Age 3.0, however, there is a new type of map, the settlement map. The settlement map shows greater detail of an area of the world. Even though that map is only generated for cities, the system behind it can generate a map for anywhere on the world. The combat system will take advantage of this.

A battle starts when two armies meet on the world map. How an army behaves will depend on it's combat stance:

If two hostile armies end up adjacent to each other, a  battle starts.

When a battle starts, the armies aren't immediately at blows, instead they are "engaged". Stuck nearby each other, but not yet in direct combat. Over time they will start skirmishing, and (depending on the army stances and speed) start to move closer or further away. Aggressive armies will want to close the distance, while evasive armies will want to open the distance. The speed of the armies will tend to determine who wins, though other things (skirmishing, leader skills) will also apply.

Skirmishing during this phase will deal a little damage, but mostly it will degrade the morale of the other army. Skirmishing will also slow down the other army's attempts to close or open the distance.

When the armies "touch", then a pitched battle will begin.

A pitched battle will take place on battlefield generated at the same scale as a settlement map. For battles happening in settlements, the actual map of the settlement will be used. Cell developments like farms, lumberyards, and roads will be represented on the map as well. 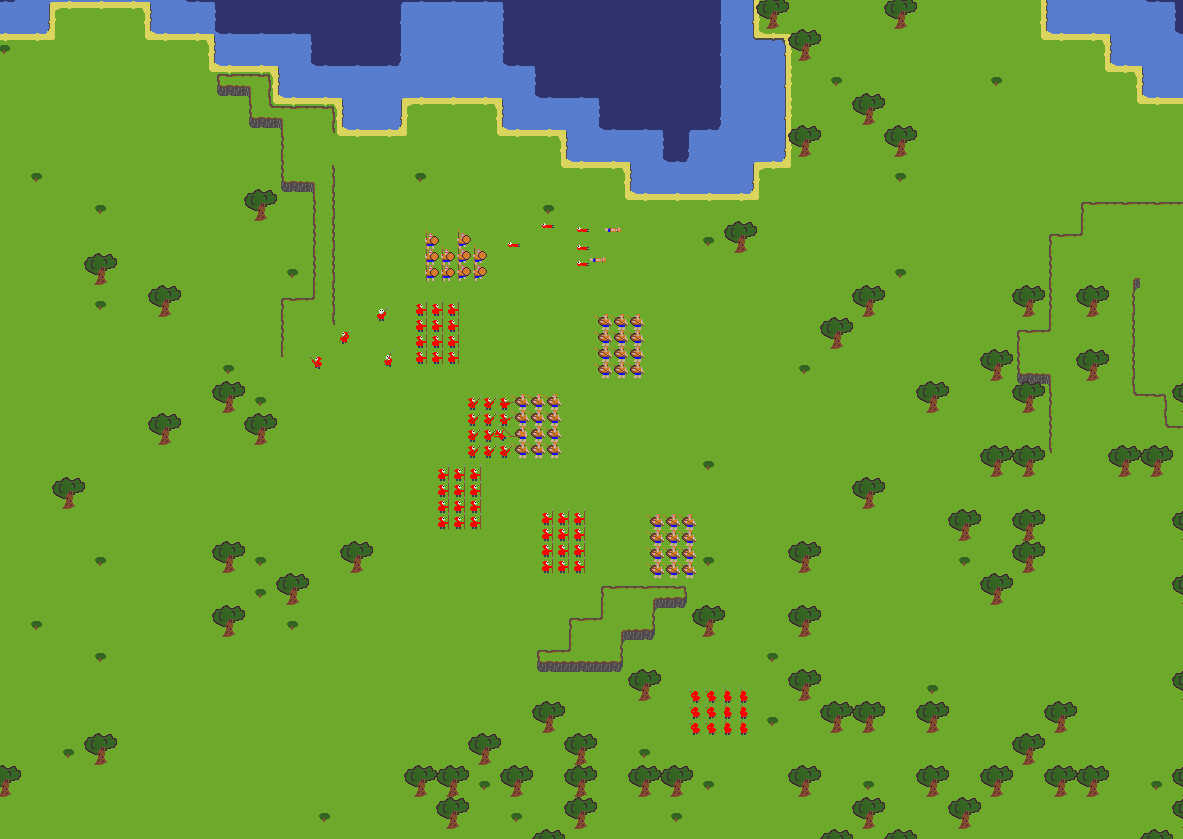 In a pitched battle, you will be able to directly control troops and order them about. Each unit will be represented by several individuals fighting in  formation. Individuals will take damage and die, and eventually the whole formation will either be destroyed, or will break and flee from the battle.

I don't have a hard timeline for when I expect this to be done, but it's likely to be on the order of months. In the mean time, though, you can join the 3.0 beta on the bronze age community discord server to try the latest development builds.